After packing up food ration at Tindi 2600m village I start my ascent at 12pm towards the Darati pass at 4640m to cross over from Lahaul to the Chamba valley. I bid adieu to the nice dhaba owner lady who cooked 5 aloo parottas for me (2 lunch + 3 packed) and the little neighbour girl who was eagerly seeing all photos in my phone. 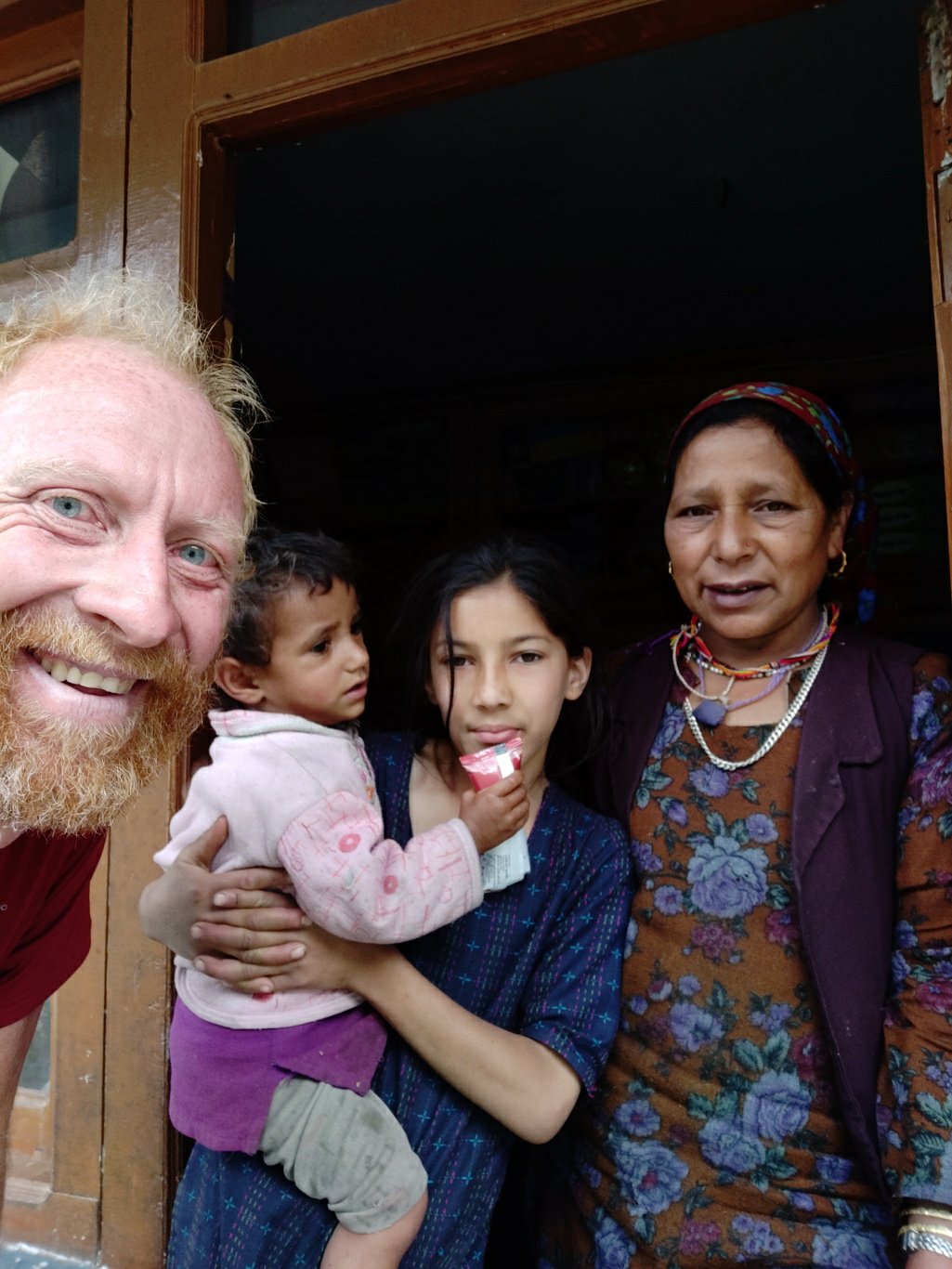 The trail climbs up steeply above Bhujund, initially through forest and then into beautiful alpine meadows dotted with colorful flowers: yellow, pink, blue, white, red. The meadows above the Chenab river valley hold a lot of medicinal wealth. 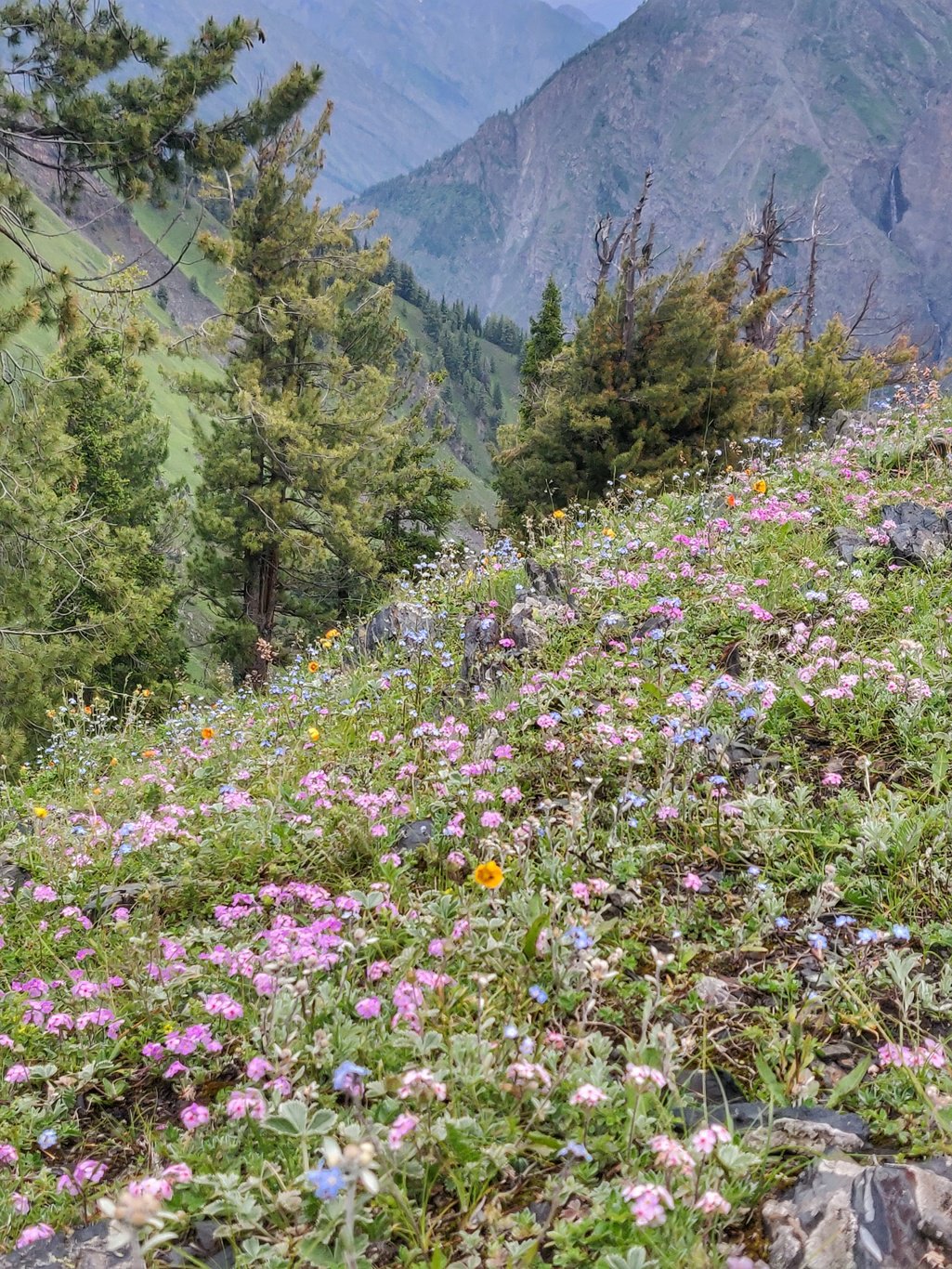 Further up I meet a couple of shepherds from Chamba who crossed the pass today giving me confidence that the trail has been opened and I should be able to cross also if the weather holds up. I plan to reach the pass by 4pm and then quickly get down to camp at lower altitude. 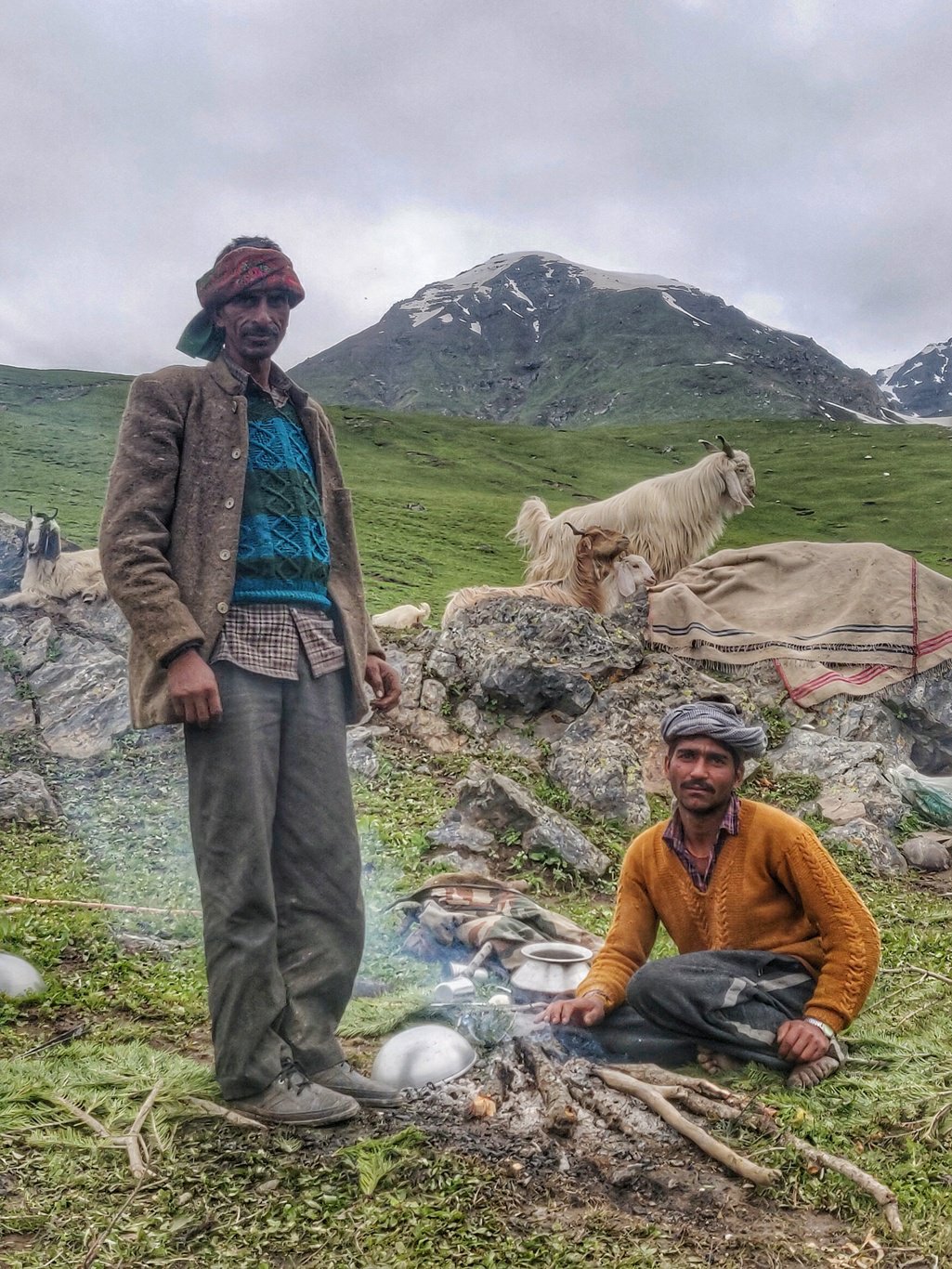 Above the meadows we enter into the completely snow covered valley on the way to the pass. Last year August the same valley was filled with moraines. Luckily the slope of the valley was gradual so it was straightforward to walk across the snow. 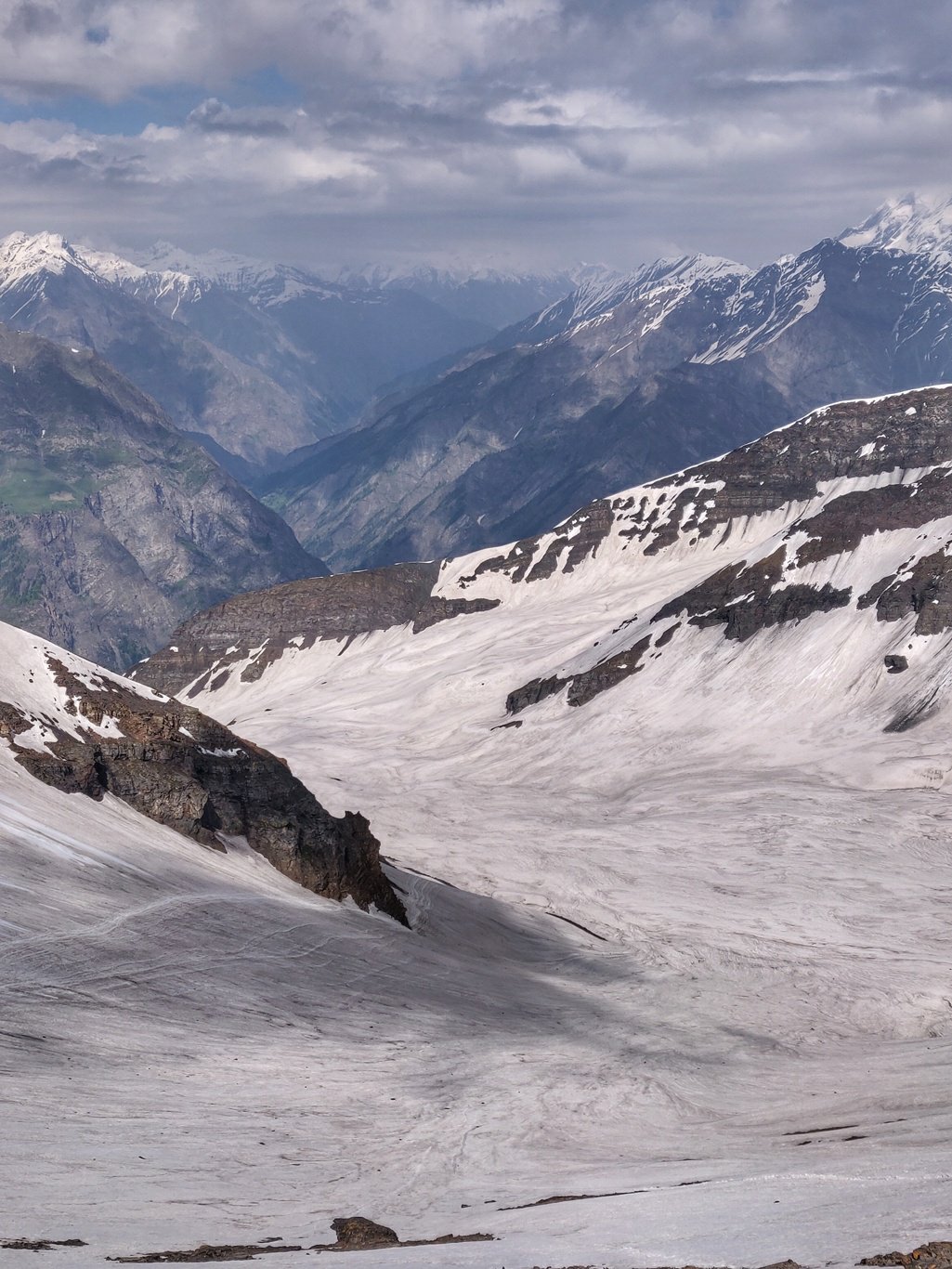 The shepherds and hundreds of sheep had left clear trails into the snow. Later in the afternoon the snow was also softer making it easier to make footsteps for better grip. Closer near the pass the valley was steep and the trail contoured up from the right side and shepherds had made a deeper walkable passage in the snow. 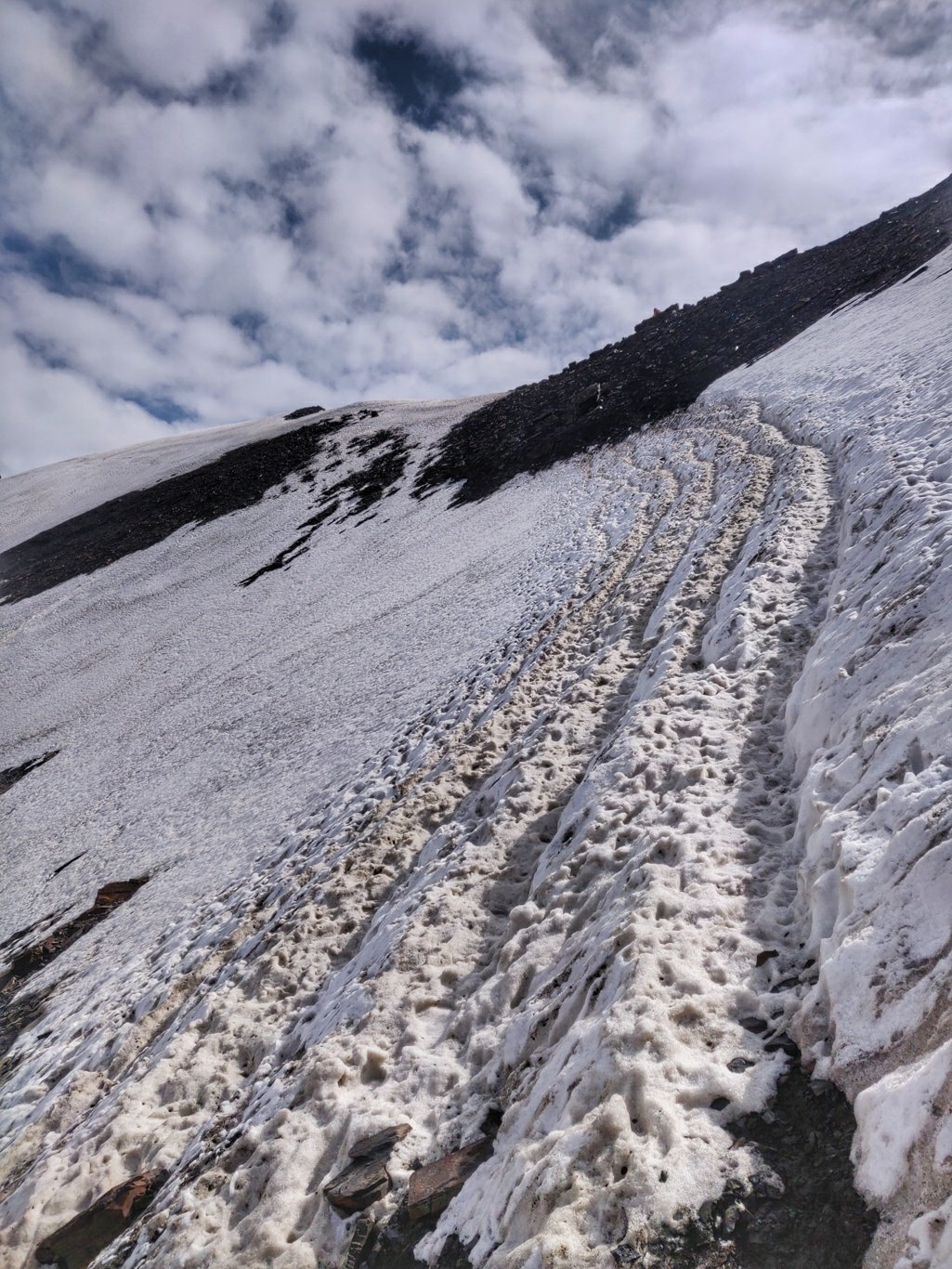 Finally 4 hours after starting from Tindi and 2000 meters up I reached the Darati pass at 4pm sharp. Both sides of the pass offered breath taking views on both Lahaul and Chamba. A small mandir decorated with red-yellow ribbons marks the pass, one of the shortest ones across the Pir Panjal range. 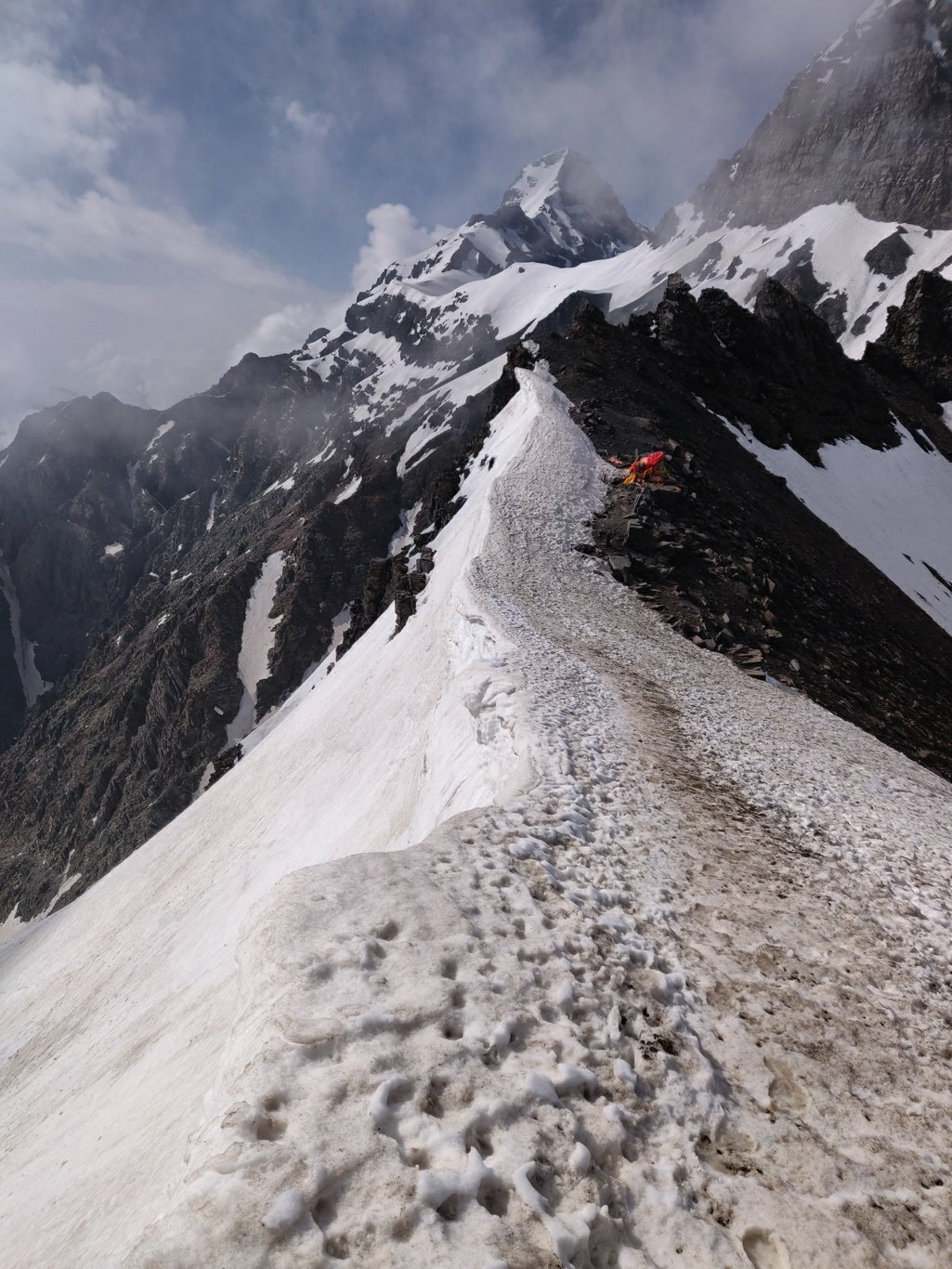 Getting down was a bit tricky. The shepherds had made a trail on top of a snow covered ridge descending steeply into Chamba. The snow and goat poop made it slippery so I used my ice axe to anchor myself with every step. 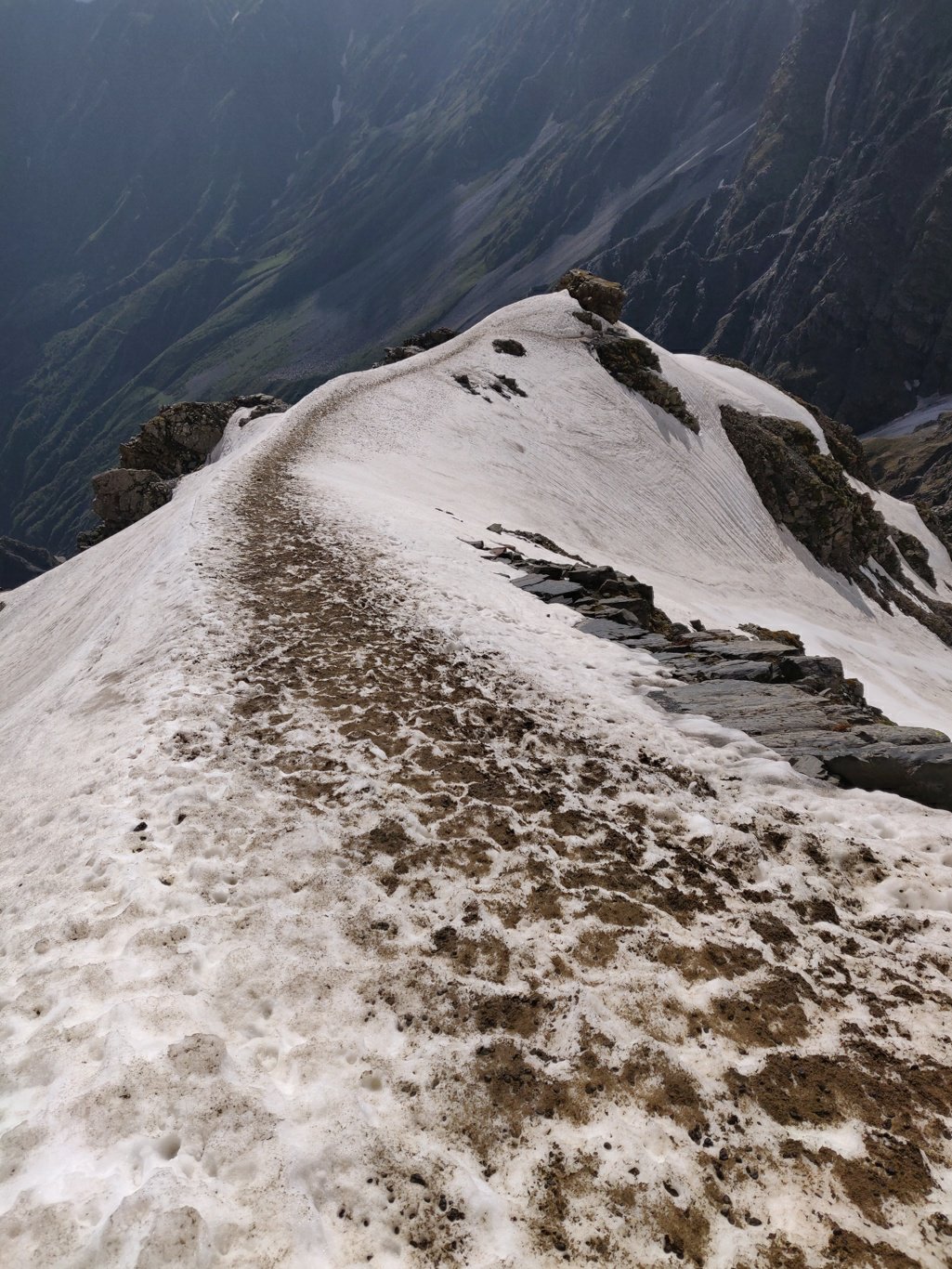 The snow section at the Chamba side was much shorter then Lahaul. After the initial steep descend through snow I set firm ground on the rocks below. I followed the fresh tracks of sheep along a steep rocky trail that zigzagged through the steep rock faces. I was amazed how anyone could create such a passage through near vertical cliffs 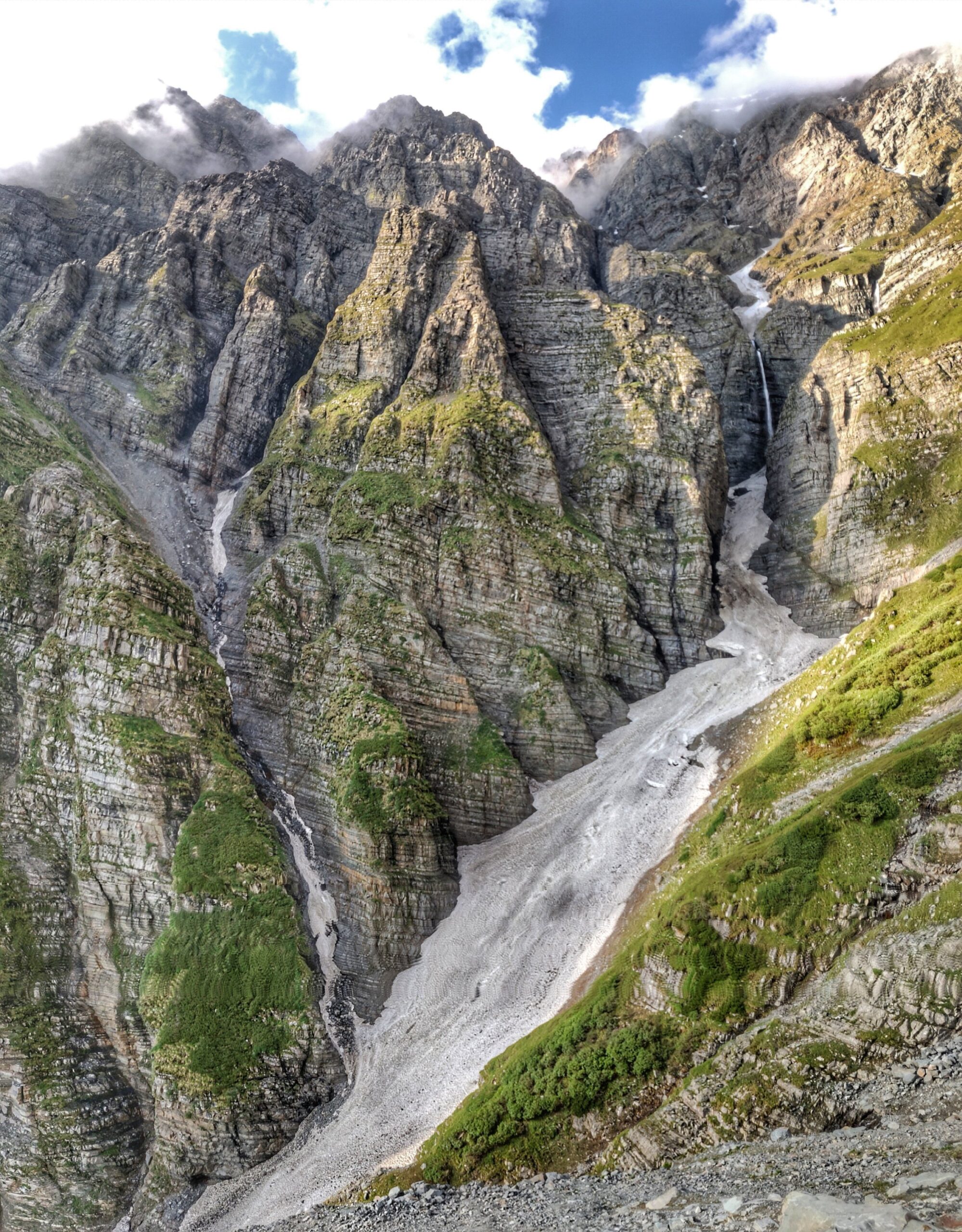 After I passed through the steep rock labyrinth below the pass, the trail continued a more gradual descend along a small ridge into the valley. I could see the trail proceeding down below on the right valley slope. A few hundred meters from making it down onto the flatter meadows I ran into a dead-end on the ridge. 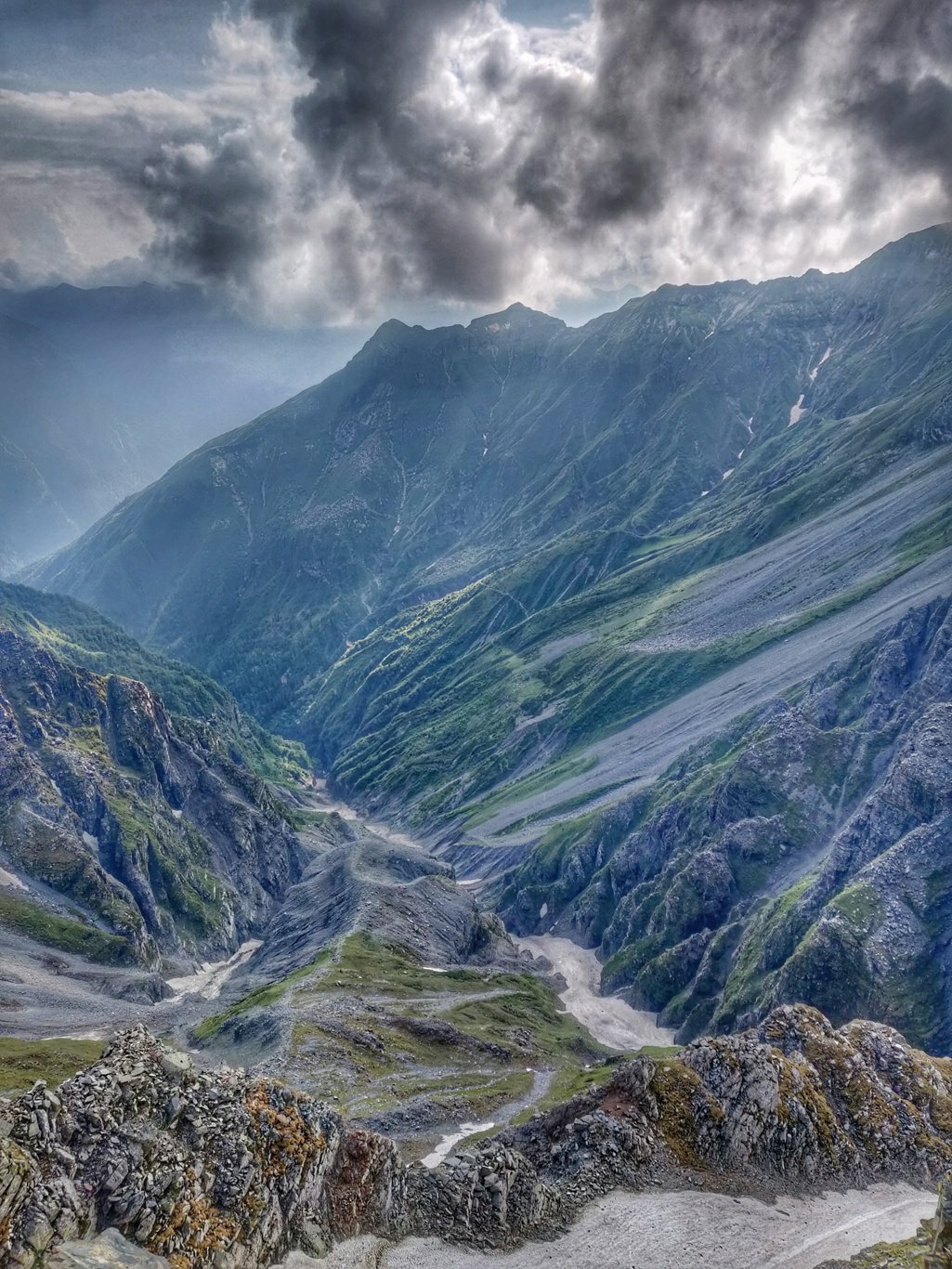 I was unable to figure out how the shepherds had made their way up on this final stretch. Puzzled at how the tracks of hundreds of sheep could suddenly vanish into thin air I finally decided to set up camp on a flat spot on top of the ridge and resume my search in the morning. 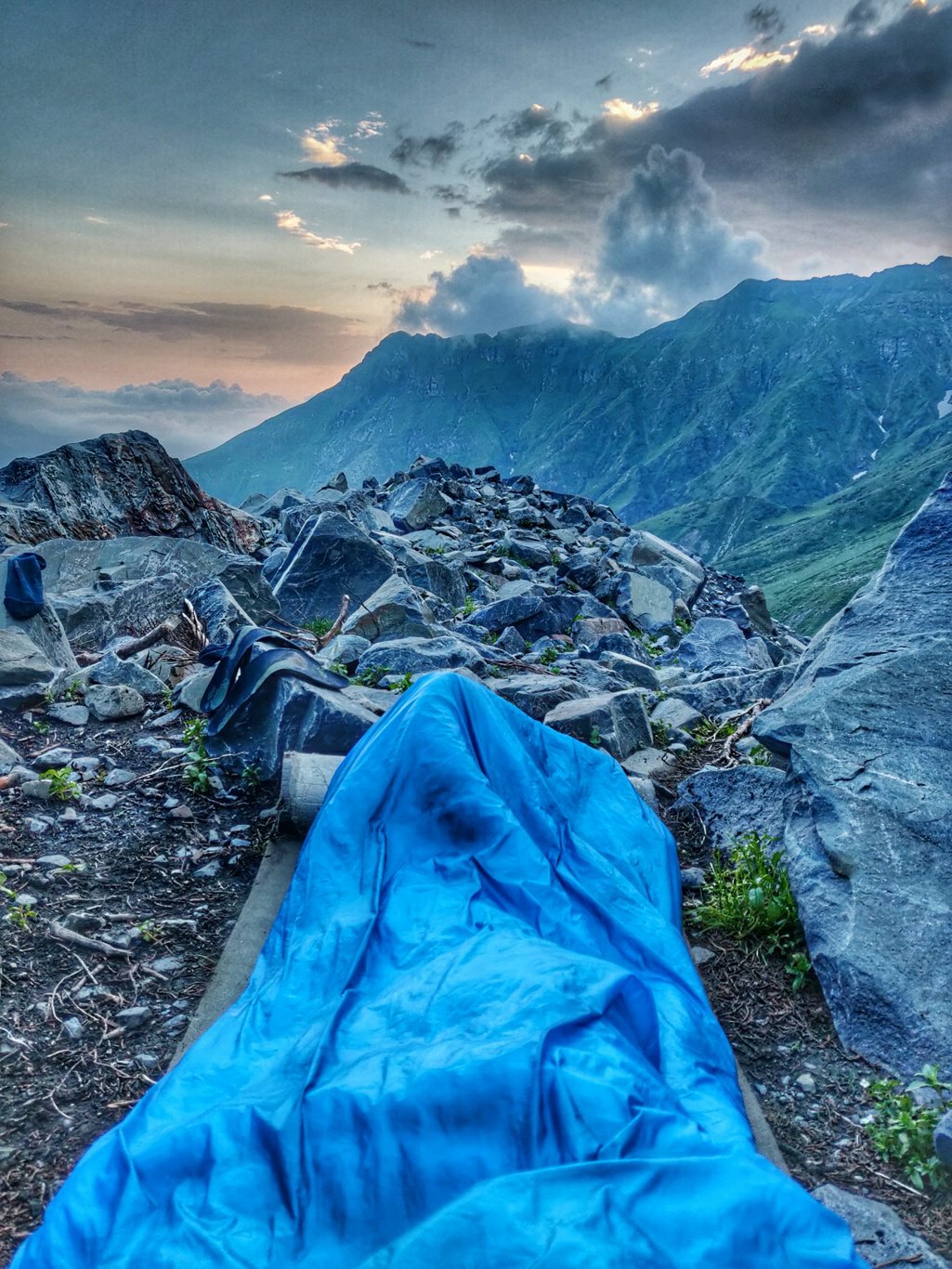 During the night I could hear big rocks and boulders falling down from the nearby melting glacier. The ridge on which I was sleeping was probably deposited by the glacier as it had retreated through the decades. 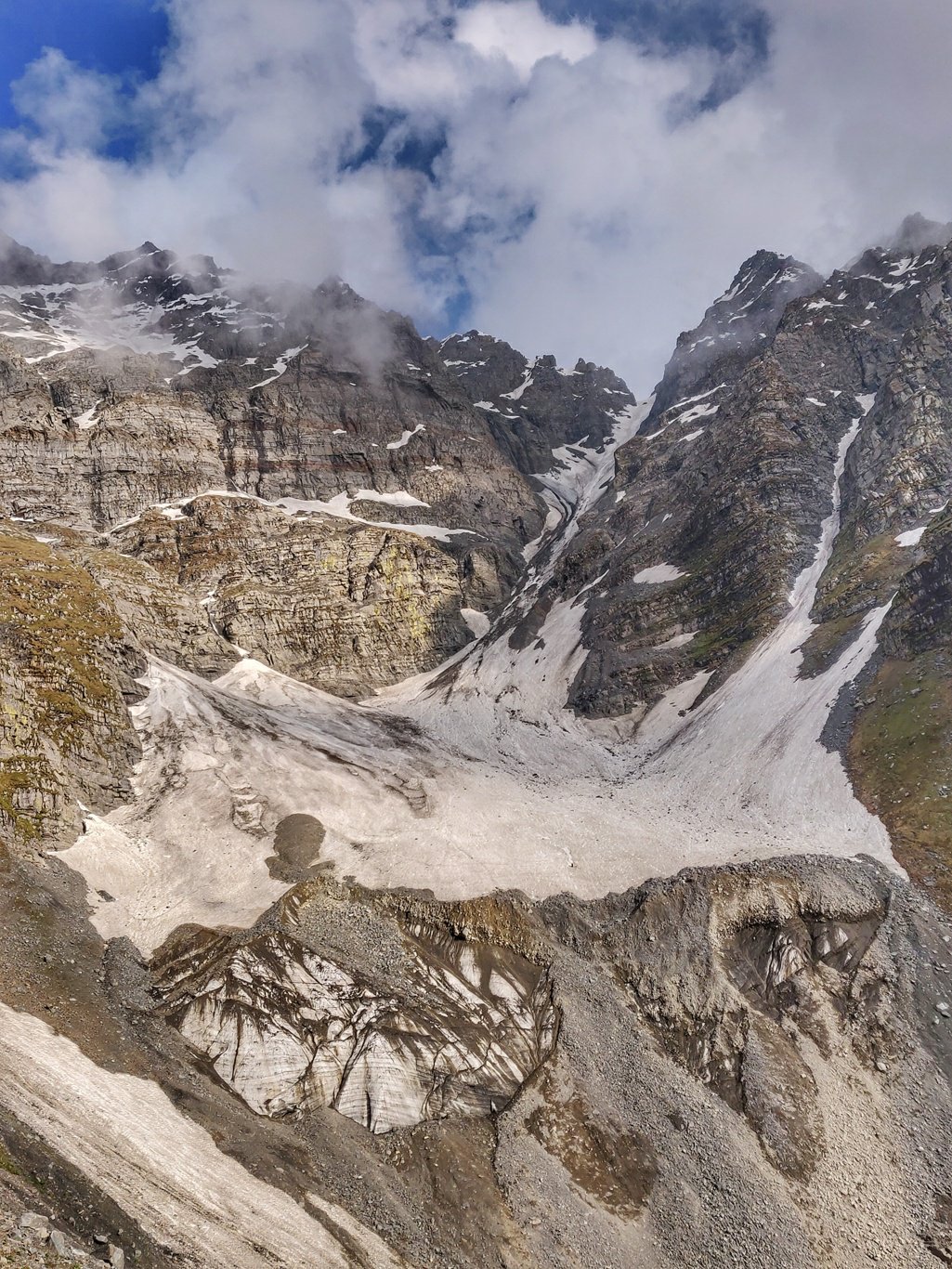 At 5am I suddenly woke up by the vague sound of sheep. Was I dreaming? I listened carefully and YES the first gaddis were making their way up to Darati! I quickly packed up my bag and eagerly checked which way they were climbing up. They came straight up towards the spot I lost the track! 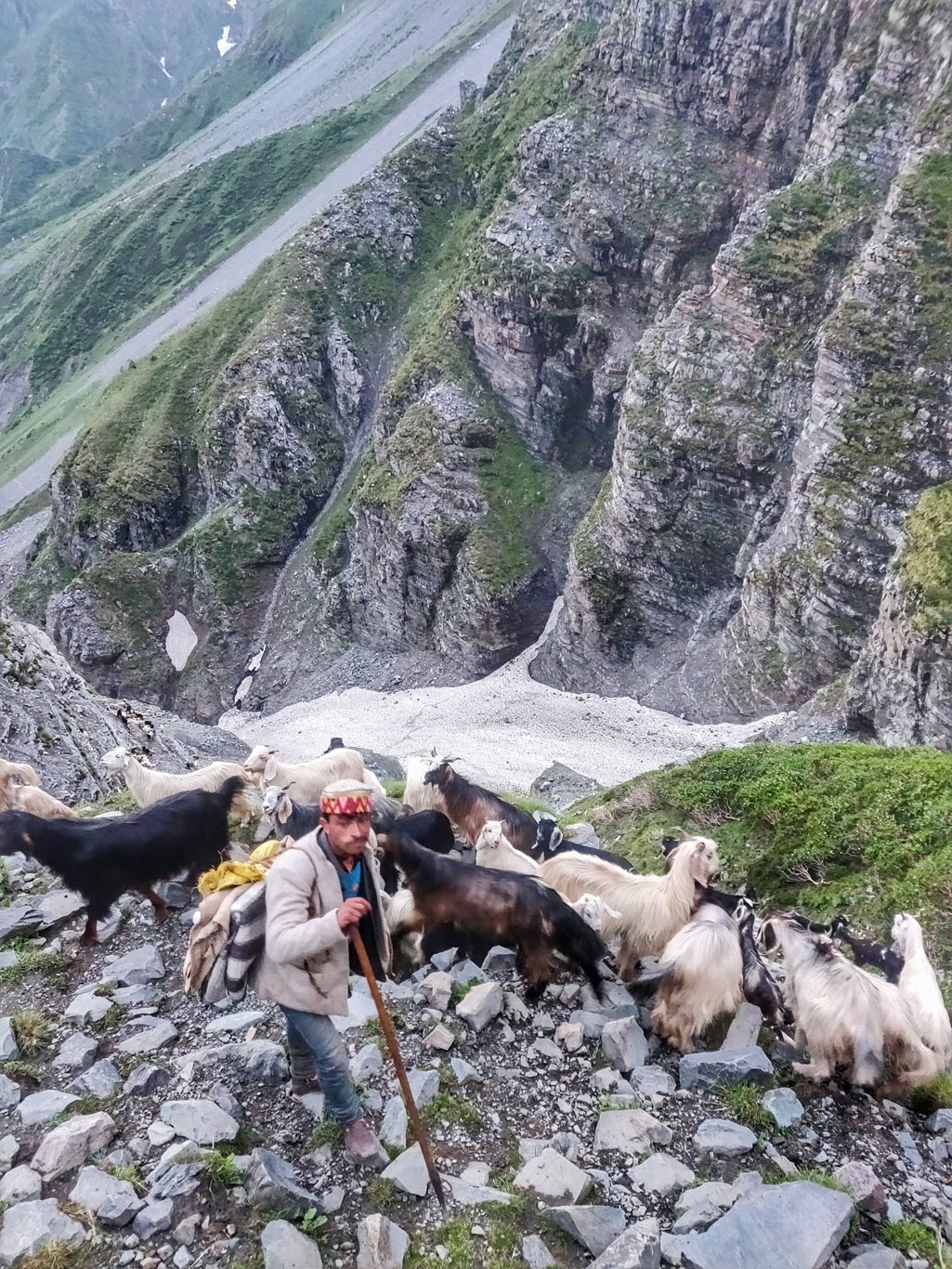 I was excited to find my way out and started climbing down. The gaddis were shouting NO not that way and pointing slightly to the right. Even with the sheep just passing through I was still slightly off track. I corrected my way and soon set foot on a firm ground – a snow gully below which connected to the trail in the meadows. 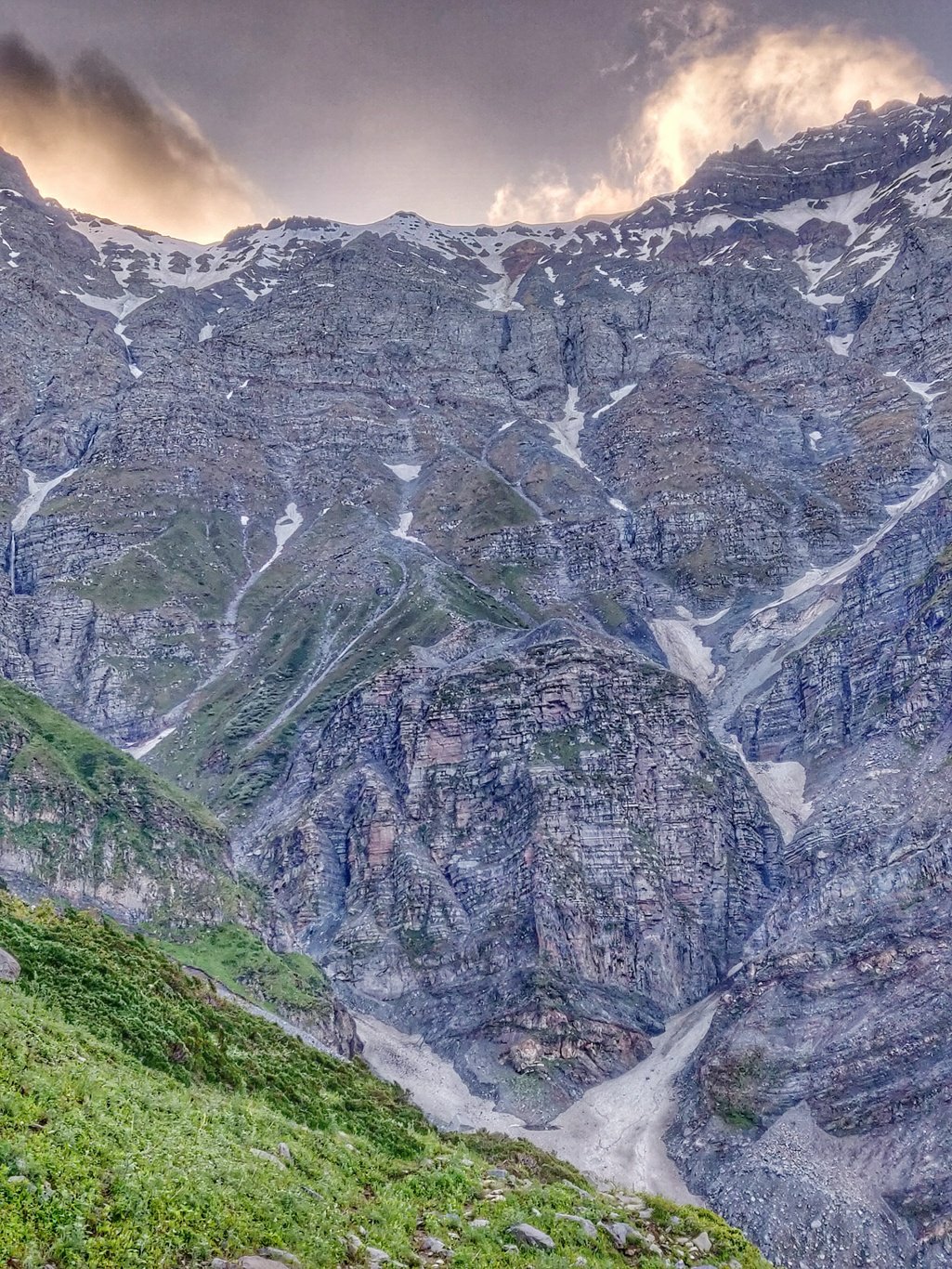 Once into the meadows the trail was clear and easy to follow. After a while I looked back and was overwhelmed by the appearance of the 1000m near vertical rock face below the Darati pass through which I had miraculously descended. I could not imagine whom could have first opened a pathway through this impenetrable rock. 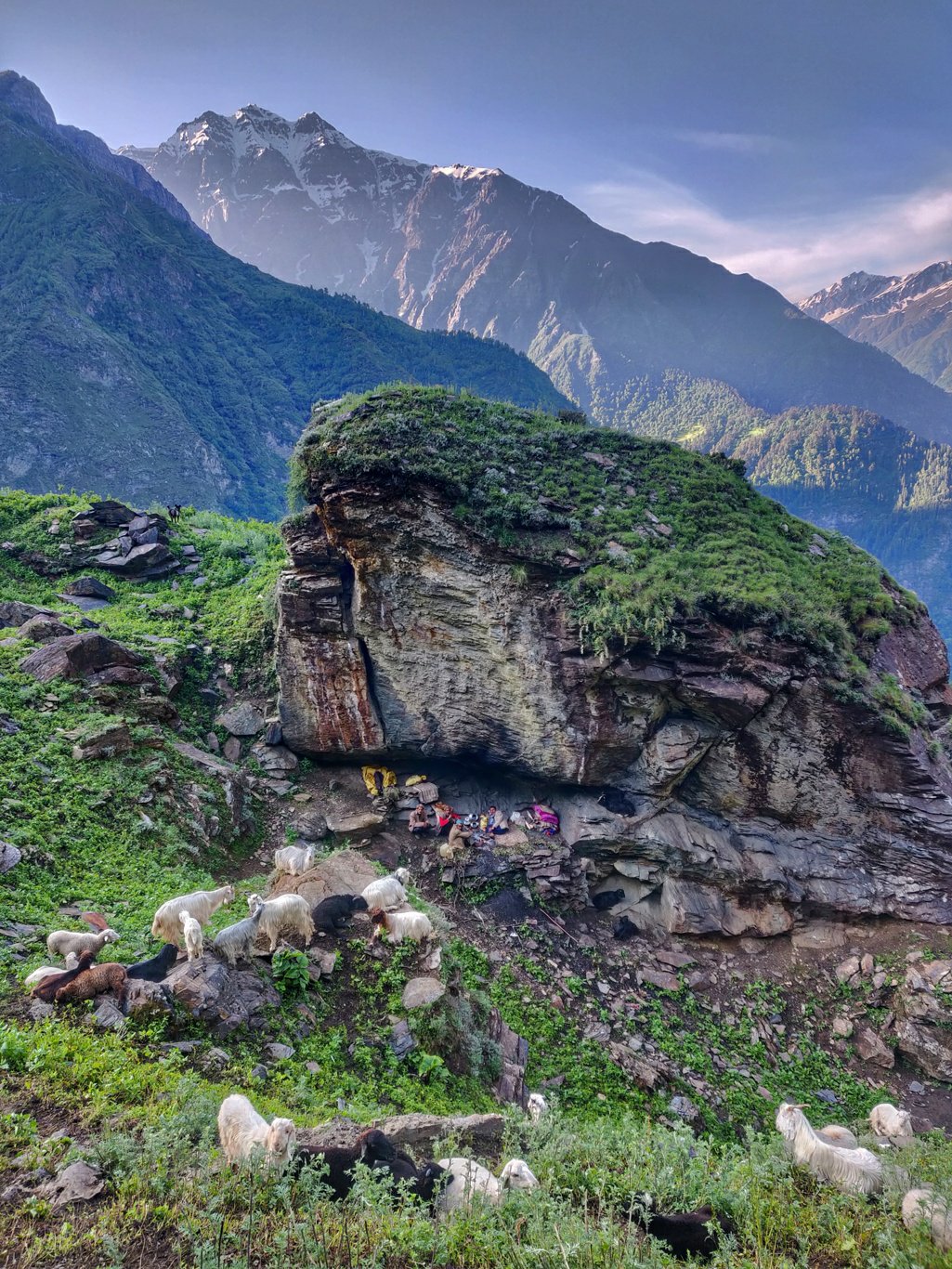 A bit further down I came across several shepherds camping at regular distances getting ready to cross the pass soon. Being the only one coming down, many were eager to hear from me how the situation was on top. I showed them some photos and told them that several gaddis had already entered into Lahaul. 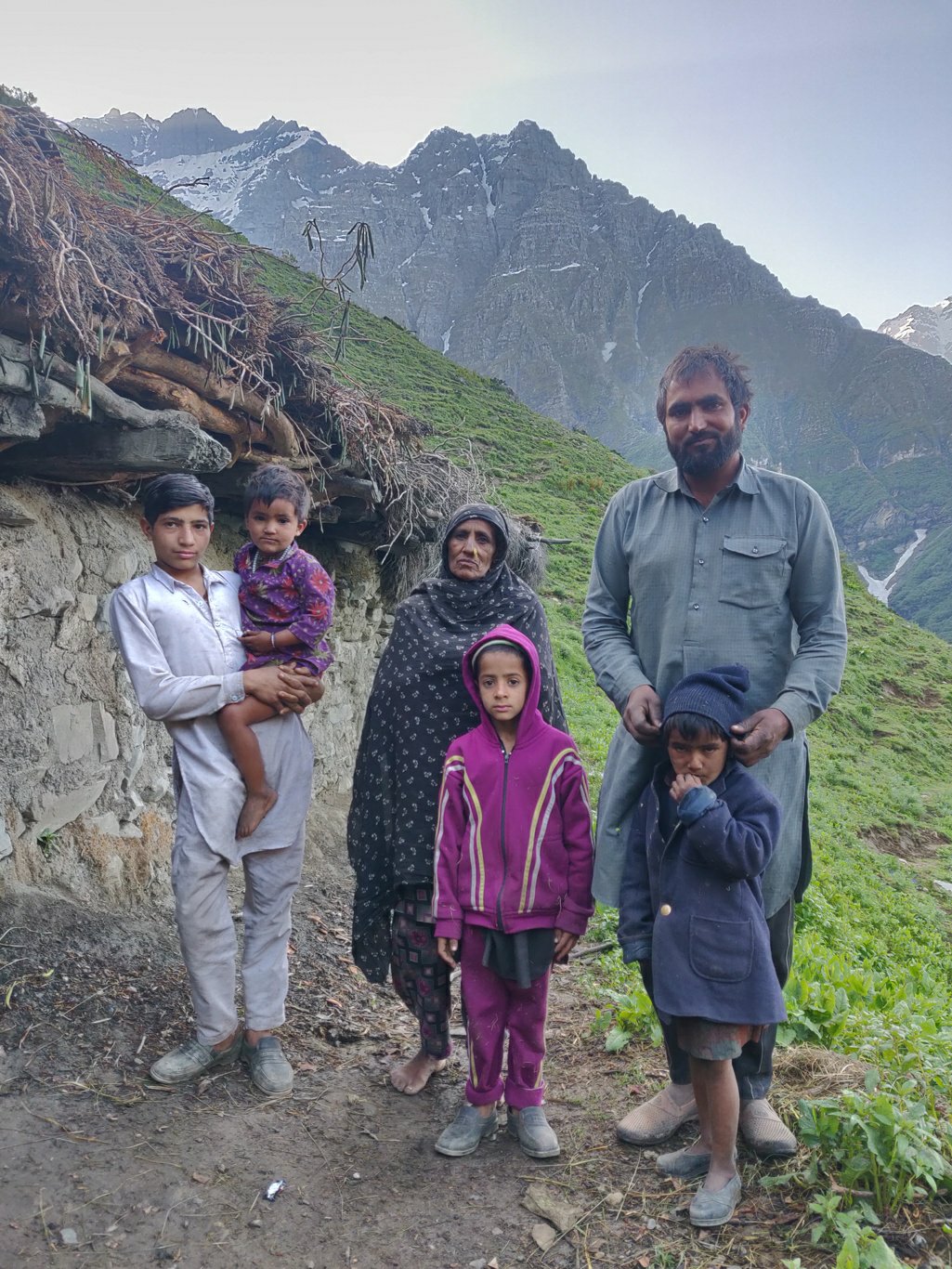 Surprised to see a mud home very near to the base of the pass I went to take a closer look. A friendly family was staying inside and inviting me for tea and rottis. The place name was Aleas Dhar 3400m. I showed them some photos and gave some chocolates to the kids. Upon bidding goodbye they were pointing high above the valley where their buffaloes were descending back home. 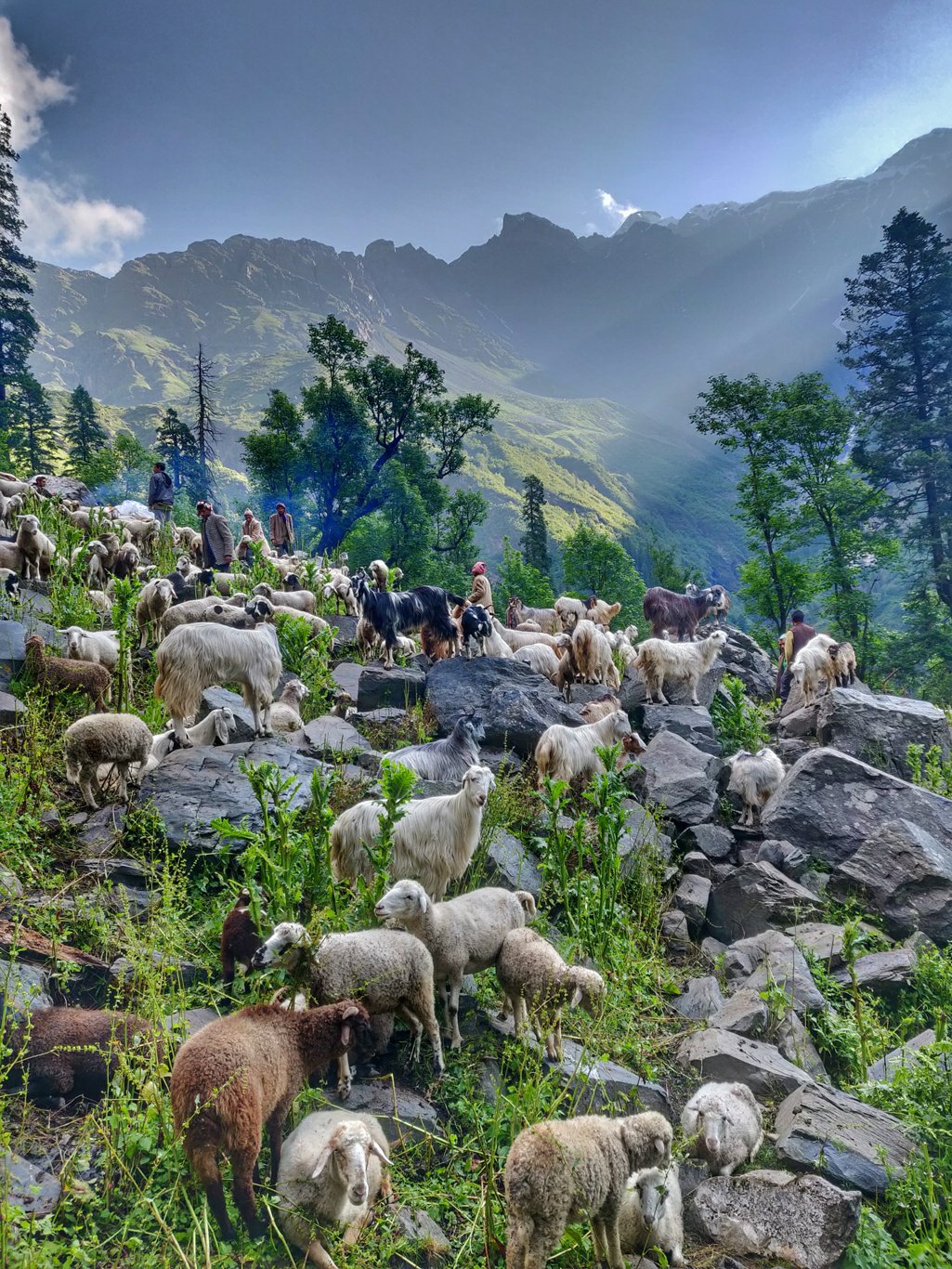 Further down I met more shepherds with large herds of sheep and goat who seemed to be queueing up to cross over to Lahaul. Gaddis from the Chamba valley migrate every year across the Pir Panjal range to graze the high altitude meadows of Lahaul and Pangi which gives better quality milk and meet. They return back at the end of the summer. 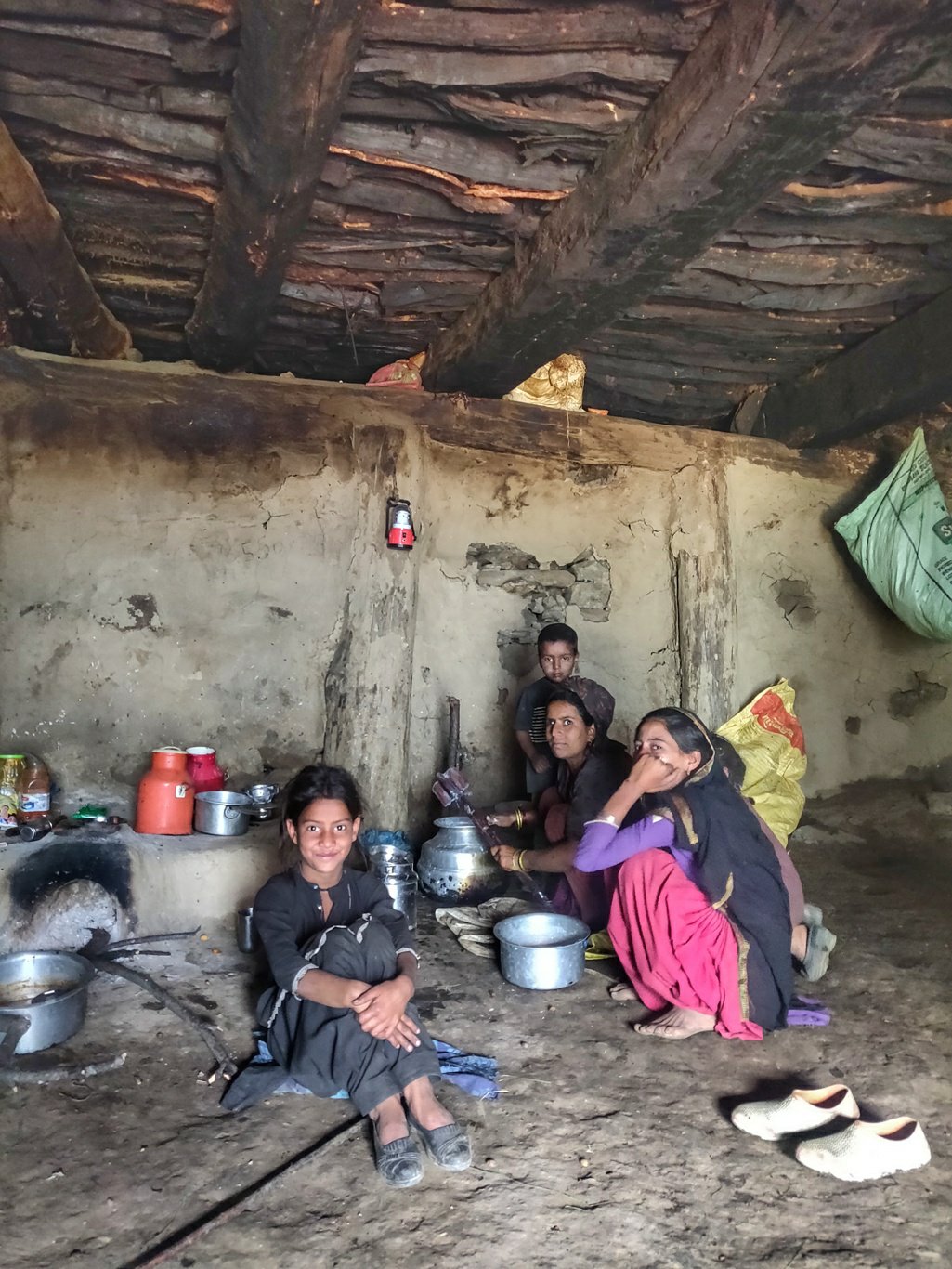 Next settlement on the way down was Seru 2650m, another single home where I found another friendly family living with their cattle in a large mud home with stunning views on the Chanju Nallah valley below. The trail got me to Kalprai 2250m where the villagers seemed busy with the harvest. 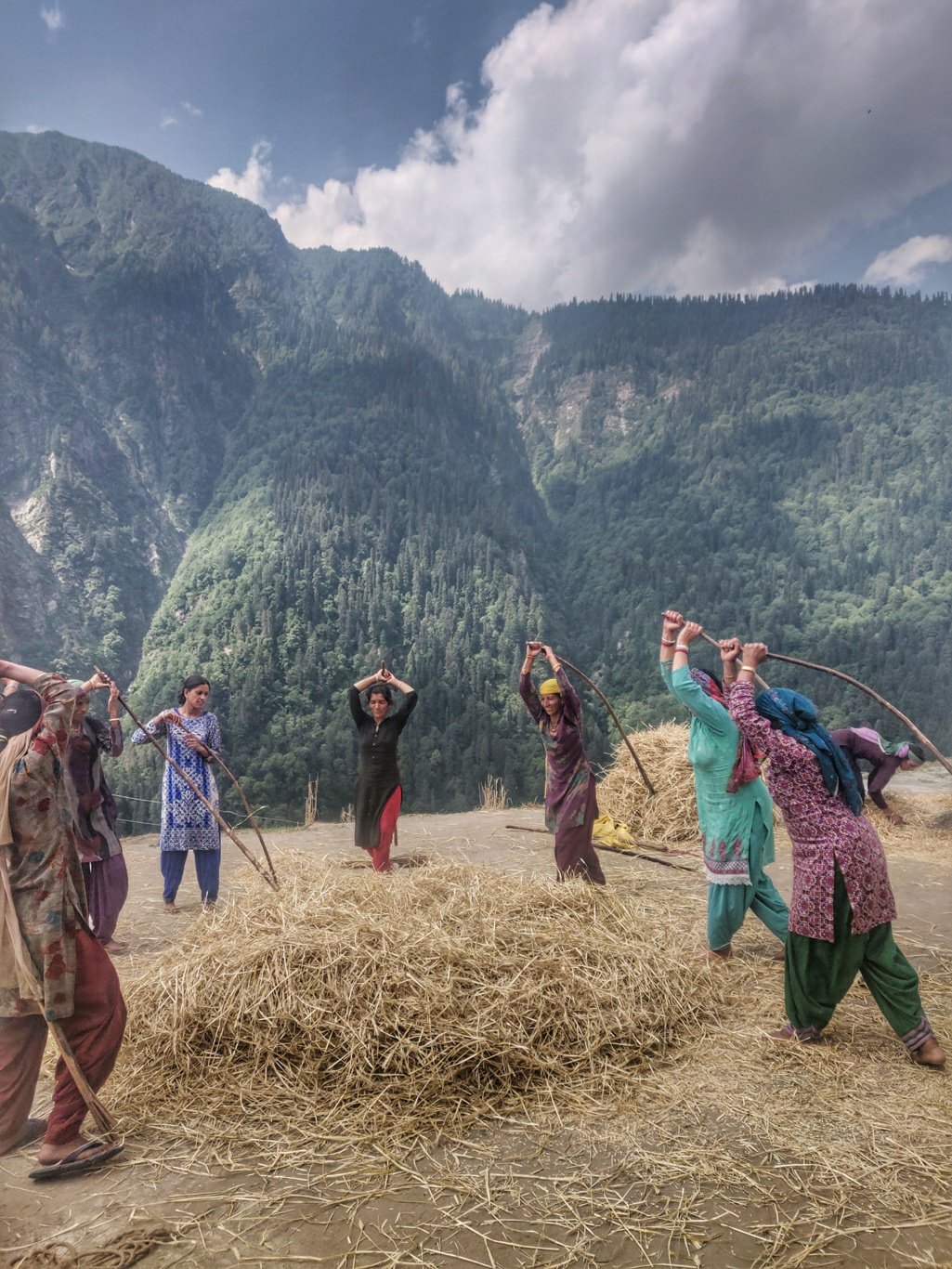 I ordered three Maggie’s and eggs in the local dhaba, charged up my electronics and packed up some biscuits for my next target – the Chaurasi pass 4500m, an internal pass in Chamba crossing from Datuin to Tundah. 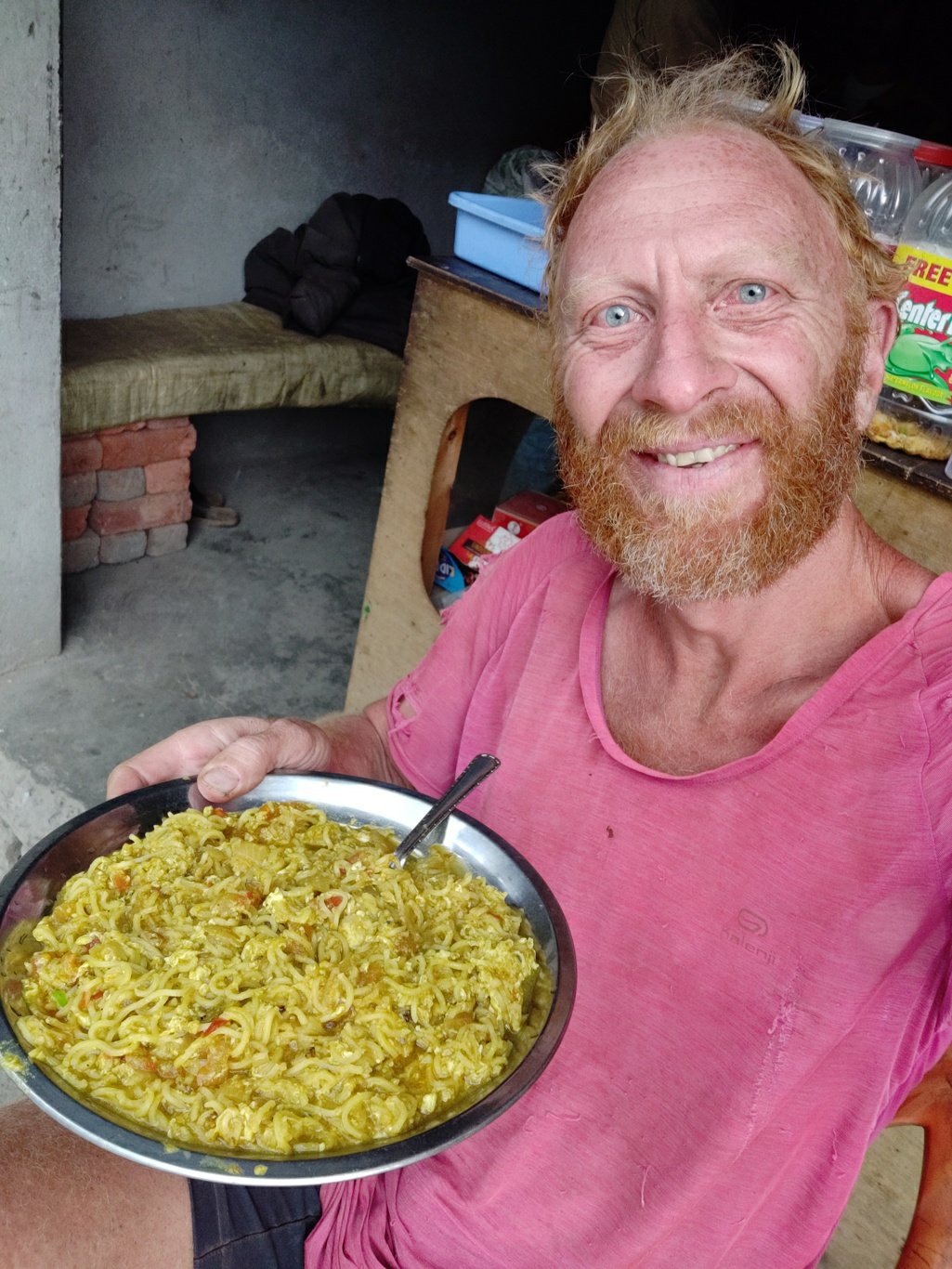 The shepherds and hundreds of sheep had left clear trails into the snow. Later in the afternoon the snow was also softer making it easier to make footsteps for better grip. Closer near the pass the valley was steep and the trail contoured up from the right side and shepherds had made a deeper walkable passage in the snow. Getting down was a bit tricky. The shepherds had made a trail on top of a snow covered ridge descending steeply into Chamba. The snow and goat poop made it slippery so I used my ice axe to anchor myself with every step http://ultrajourneys.org/trans-himalaya-2019-darati-pass-july-5-6-2/ #Explore #AlpineStyle #Minimalist #UltraRunning

The Darati pass is one of the annual migration routes across the Pir Panjal used by shepherds to cross over from Chamba valley in Himachal to graze the alpine meadows the Chenab river valley in Lahaul Http://ultrajourneys.org #Explore #AlpineStyle #Minimalist #UltraRunning 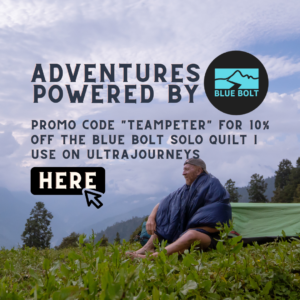